A Bold Plan for Reawakening the U.S. Economy

A Bold Plan for Reawakening the U.S. Economy

Various ideas are being tossed around in terms of getting our economy started again and thinking people are asking: Is having the government just throw money at the problem really the best approach?

After all, we usually end up paying for that in the end, and with an exponential mounting of national debt figures, the consequences are clear — and frightening.

By putting cash directly into people’s hands, there will be fewer foreclosures and missed bills — and more discretionary spending. The effect will snowball and the economy will be primed to move back toward pre-coronavirus growth.

But there are some obvious holes in this theory. First of all, there is no free lunch, and unprecedented debt and government spending will come back to haunt us… and our children and their children.

Generous handouts are also disincentivizing some people to return to work. In some cases, people are bringing more in from unemployment than they did when working. Who is motivated to rush back to work when the temptation to stay home is stronger?

And do we want to continue to make moves that will deepen the dependency on the federal government? 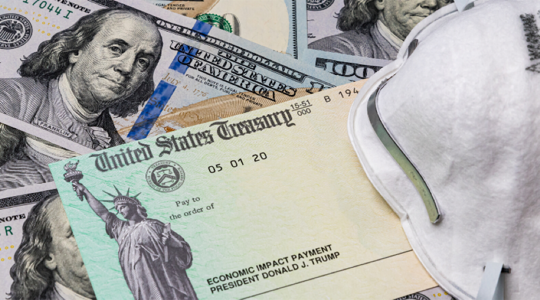 This is playing out in businesses across the country, and in some cases, employees are even asking their employers to stay closed longer. Some are refusing to return to work, citing in part fear of exposure to the virus.

As our economy groggily emerges from what has been aptly described as a “medically induced coma,” we must ask ourselves what other options we have to stimulate our economy, turn around devastating job reports and avoid these unintended drawbacks.

While characterizing plans such as House Speaker Nancy Pelosi’s recent $3 trillion stimulus proposal as a “War and Peace of legislative monstrosities,” Cortes warns against ballooning federal debt and administrative state power that will come with such initiatives.

Cortes maintains that our government’s response to saving our economy should be big, bold and fast while also elegant and simple. The economic benefit must be immediate, and he believes that his proposal of one year without federal taxes will check all those boxes.

He enumerates several advantages to this approach. For starters, this will bolster the confidence of all working Americans and renew enthusiasm for the economy.

He expounds, “As many parts of America reopen, the surest way to add vigor to the restart is cash in the bank accounts and pockets of workers. But rather than some centrally planned, top-down command structure, taking taxes to zero will empower millions of Americans to make their own informed decisions about spending, hiring and investing.”

Cortes’ plan is an evolution forward from earlier recommendations he had for the president, including income tax suspension for middle and lower brackets only, suspension of student loan payments and doubled unemployment insurance payments.

Although noting that some of these ideas went against his free-market values, he believes that such drastic action is called for to save the economy. It seems that his free-market ideals are more directly served with his current line of thinking in terms of income tax relief for all for one year.

He expresses concern for small businesses that tend to struggle even in a stronger economy and fears that they may go under in the sluggish economy to come, given that their loan programs will run out. 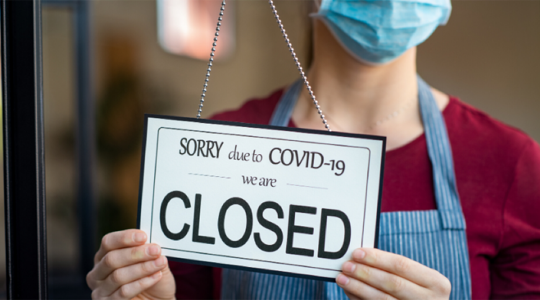 He further wishes to incentivize those on unemployment to return to work, keeping their unemployment checks coming in while bringing in tax-free income. He believes that the government should live up to its pledge of six months of unemployment benefits to those who were temporarily let go and that this move would further stimulate confidence and spending while incentivizing work.

While most of us would jump at the opportunity to enjoy a year without taxes, an obvious question arises: How does the government get by without the income from our taxes? Does this solution have the potential to be an example of a cure that is worse than the disease?

“The obvious objection to this idea is the required borrowing,” Cortes acknowledges, but he argues that we are in precisely the situation in which the government should borrow aggressively.

He justifies the amount of borrowing likely needed by saying that “Borrowing near term now can stymie the long-term fallout. In addition, with global rates near (or even below) zero percent for all developed-nation governments, America commands the capacity to borrow massive amounts of capital from global investors at very attractive rates.”

Cortes is sharing his ideas with President Trump, though whether they are enacted remains to be seen. He believes the plan may appeal to the president because of his longtime focus on jobs and growth.

“The great news,” he said to Steve Bannon on the War Room podcast in reference to his confidence in Trump’s economic prowess, “is that we have in the Oval Office, as president, an entrepreneur-in-chief, a CEO who did it once and can do it again.”

Cortes added further that the price tag for his plan may actually match the price tag on Pelosi’s $3 trillion plan, but that his method would afford more benefits in terms of real economic stimulus and borrowing aided by lowered interest rates.

Addressing his detractors, he explains that “this is empowering the people, rather than empowering the swamp.” And therein lies the heart behind a bold plan to reawaken our economy and a set of ideas that can serve as a launching point to creatively think our way out of a catastrophic economic downturn.