Time to Invest in Real Estate?

Time to Invest in Real Estate?

Housing prices and home values have done one consistent and predictable thing since the Great Depression: steadily rise. The standout exception to this was the Great Recession in the opening decade of the 2000s.

Since the drops and subsequent recovery of the mortgage industry that precipitated the Great Recession, the housing market once again boomed to such an extent that affordable housing has become a growing problem across the nation. Many new home buyers and middle-income home shoppers are being priced out of the market.

It has turned out that 2020 is no ordinary year. The coronavirus-induced economic shocks of 2020 are wrecking havoc with our financial well-being, from market drops, negative oil prices, price spikes and shortages.

So what will be next for the housing market?

The Housing Market: 2020 and Beyond

Based upon the 4-5% projected decrease in GDP this year, real-estate giant Zillow predicts a rapid 50-60% decline in home sales.  They also estimate of an incremental 10% per month recovery kicking off in the spring of 2021.

Housing prices are predicted to fall 2-3% this year, with some estimates going as high as 4-5%

This is a relative drop in the bucket, especially when compared to the dramatic drops of 27% nationally following the mortgage bust of the Great Recession in 2008, according to Zillow.

But, not all is lost.

“Housing fundamentals are strong — much more so than they were leading into the Great Recession — and that bodes well for housing in general,” said Svenja Gudell, Zillow’s chief economist. “Despite the difficulties, we’re seeing several signs that there is still a good amount of demand for housing, and buyers, sellers, and agents are growing more comfortable moving transactions forward where possible.” 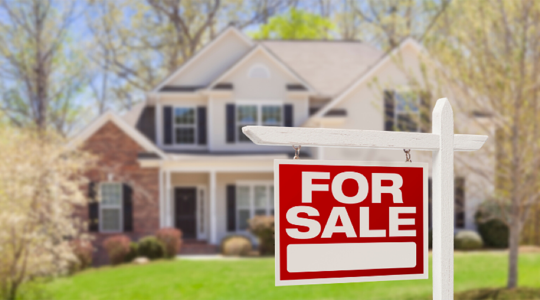 For some historical perspective, a similar scenario played out after the SARS epidemic in Hong Kong. While the number of houses on the market fell sharply, prices held fairly stable, possibly a result of the reduced inventory, explains Dana George of The Ascent.

The same has held true in the wake of the coronavirus outbreak in China earlier this year.

Under ordinary circumstances, the housing market would have been hotter than ever, with rock-bottom mortgage rates and low inventories sparking competitive bidding for available houses. Historically, most recessions have not had a heavy impact on housing markets.

Thus far, the coronavirus pandemic has essentially put the housing market on pause, and the underlying fundamentals point to a steady recovery without much price relief for buyers.

Jeff Andrews of Curbed points out that market specifics need to be considered by location, with Northeast and Florida markets currently considered to be the most vulnerable. In places where the market is faring better, potential buyers are leaning more heavily on making housing decisions online, as showings are temporarily banned in some locations.

Andrews adds that “the federal government has implemented a moratorium on foreclosures and directed mortgage servicers to offer forbearance or reduced payments on any mortgage backed by Freddie Mac, Fannie Mae, or the Federal Housing Administration (FHA).”

While this will have the desired effect of preventing massive numbers of foreclosures, thus preventing the market from bottoming out, an unintended consequence may be the bankruptcy of mortgage servicers themselves. It’s hard to gauge at this point what the potential fallout from that will be, as it will in part be dependent on how fast the economy recovers overall.

Peter Lane Taylor of Forbes digs deeper yet into the potential fallout, pointing to a shutdown in construction in many states, with building supply wholesalers and hardware stores shuttered or experiencing unprecedented slumps in sales and orders.

Taylor also adds that housing and construction overlap with the hotel and hospitality industry and 2020 has become the year of the “Cancellation Apocalypse” for them.

Real estate recovery and performance may be tied to the type of economic recovery the country experiences, with some predicting a “V” – essentially a sharply rising spike following the precipitous drops we have experienced. Others are less optimistic and suggest it will be more in the form of a long “U”.

Taylor ties this in with housing by pointing out that “Housing is an emotional, big-ticket game, inextricably linked to macro-level downwind pressures on employment, wages, job mobility, the stock market, and ultimately, consumer confidence—whose quick resuscitations are still far from certain.”

It is predicted that social distancing and certain restrictions will be with the housing industry for months to come, writes Dana George of The Ascent. The mechanics of viewings, showings, and closings are all continuing to adapt.

Record unemployment has also played a role in real estate, causing many to pull out. Coupled with a looming recession of yet-undetermined length and severity, many unknowns remain in the market.

“If you’d hoped to sell your home prior to the crisis,” George explains, “don’t discount the idea completely. After all, competition will be lower due to COVID-19 concerns, and your home may receive more attention, as well as a better offer than expected — even if an open house is not an option.”

She also predicts that buyers who had stable employment and are interested in taking advantage of low mortgage rates should fare well in terms of snagging a good deal on a home.

As to the situation in the coming months, Matt Gardner, a Portland, Oregon real estate agent, commented to local KATU News, “With the lack of inventory today, we are going to see flooding in the market maybe later on in the summer. Certainly, I expect to see more listings. However, I think there are a lot of buyers who are also sidelined.”

While Gardner was speaking for Portland in particular, this pattern is likely to play out nationwide.