Are Food Shortages on the Horizon?

Are Food Shortages on the Horizon?

While Americans still fret about finding toilet paper, another crisis is beginning to rear its head…

Let’s take a look at the facts…

Some of these shortages are due to panic buying, some to supply chain issues — but most consumers believe that we are undergoing temporary inconveniences that will smooth out in the near term.

Others are not so sure.

While agriculture (ag) is considered an essential industry, finding people willing to do the hard work required for low wages — especially when they feel unsafe — is harder than ever.

Smithfield Foods recently announced the temporary closure of its Sioux Falls, South Dakota, plant. The closure comes in the wake of the South Dakota Department of Health announcement that 238 of the county’s 438 COVID-19 cases involve Smithfield Foods employees.

While many praise the company for its concern for public health, others are raising the alarm about what this could mean for the nation’s food supply. Smithfield’s president and CEO, Kenneth Sullivan, is among them.

Sullivan states that the closure “is pushing our country perilously close to the edge in terms of our meat supply… We believe it is our obligation to help feed the country, now more than ever. We have a stark choice as a nation: We are either going to produce food or not, even in the face of COVID-19.”

Considering that this one Smithfield plant is responsible for 4–5% of the nation’s pork production, Sullivan makes a point.

Meanwhile, Delaware-based Allen Harim Foods has announced that it plans to destroy up to 2 million chickens — livestock that will never lay eggs or make it to the meat department of grocery stores in the region.

This time, it is not necessarily infected staff members that are the problem but rather a 50% absentee rate that is making the operation impossible to maintain at its customary levels. 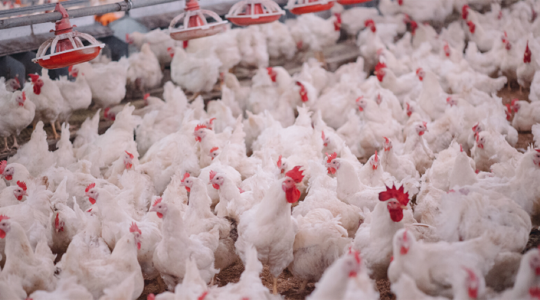 “The impact of COVID-19 on the U.S. chicken industry is becoming more apparent as the disease continues to spread throughout the United States,” said Holly Porter, the executive director of the Delmarva Poultry Industry trade association.

Many ag businesses rely on migrant workers to fill their staffing needs, but these workers are not showing up in their usual numbers.

As Thomas L. Knapp writes for the Garrison Center, “The U.S. State Department has halted routine visa applications and consulates are limiting both staff numbers and staff contact with applicants. That’s making it difficult for the quarter-million migrant workers who normally pick America’s crops to get here and get to work.”

Knapp bluntly alerts readers of the danger of hunger in the United States, a catastrophe that he warns could rival the malnutrition too many Americans suffered during the Great Depression :“If we want to keep eating, our politicians are going to have to knock off this ‘shutdown’ nonsense and let people get back to work.”

Colleen Y., a farmer in northeastern Ohio, agrees and states that the current situation is unsustainable. She reasons that we are going to have to start taking some chances as a society in order to get people to work and avoid large-scale food supply shortages. On a personal level, she worries about current crops sitting in her family’s fields and farms in her area producing little to nothing at all this season.

What steps can the nation take to address this problem before it gets worse?

The American Farm Bureau Federation and Feeding America, national organizations that represent farmers and food banks, are turning to the U.S. Department of Agriculture to help come up with solutions. The USDA, it is hoped, will have the power to remove some of the red tape that is hindering the supply chain. 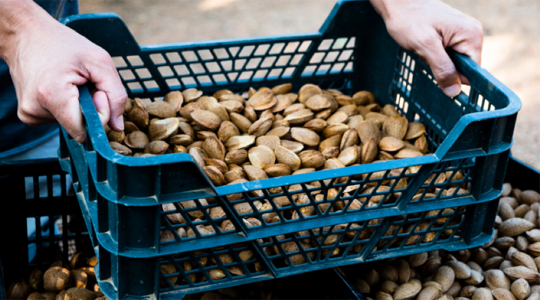 ABC News reports that “Feeding America predicts the country could see a 46% increase in Americans who struggle to get enough healthy food to eat on a daily basis, an additional 17.1 million people.”

One possible proposed step is a “voucher program that could allow food banks to get food directly from farmers,” thus bypassing much of the supply chain issues they currently grapple with.

The recent relief bill offered a modicum of assistance as well, allowing the USDA to buy billions of dollars’ worth of dairy and produce in order to redistribute it to food banks, emergency services and other areas of need.

Feeding America stresses that the best solutions will eliminate red tape and focus on local solutions.

In the near term, our food supplies are adequate, even if we are dealing with frustrating shortages or irregularities in obtaining our favorite foods. These disruptions are expected to get increasingly worse in late spring and early summer of this year and may only be a precursor of what is to come.

Continuing price spikes are going to be part of the picture as well, especially for meats and perishable commodities.

Nations throughout the world are experiencing similar disruptions and are implementing export restrictions, meaning we won’t be able to look to them for relief. Favorite staples like oils, sugar, and rice will be impacted. Any ensuing panics will only make the situation worse.

“A key to implementing these measures is to reduce uncertainties,” writes Maximo Torero of Foreign Policy. “When countries realize that it is in their best interest to work in concert, they do come together. Earlier this month, the agriculture ministers of 25 Latin American and Caribbean countries signed an agreement to join forces to ensure food supply for the region’s 620 million consumers.”

Other nations and regions should follow suit to minimize disruptions and panic.

Historically, famine has followed plagues, but it does not have to this time.