The End of the EU?

The End of the EU?

World currency watchers keep track of the value of world currencies daily — the dollar, the yen and the euro being chief among them.

But some financial experts posit that the euro and the EU itself may be at risk.

The cause? The coronavirus and its fallout.

The euro was launched on Jan. 1, 1999, and was first considered an invisible currency for primarily accounting purposes. It wasn’t until Jan. 1 of 2002 that bills and coins were put into circulation. At the time, 12 EU nations participated in this changeover. Some delayed, and some, such as the U.K., retained their original currency.

At the time, the currency was hailed as a convenience for travelers and boon for trade throughout the existing open-border Schengen zone, a region comprised of 26 EU member nations.

Additionally, the strength of a unified currency was intended to undergird the economies of weaker nations. It was part of a process of incremental loss of individual nations’ identities and sovereignty as they began to identify as a united European Union.

Eurobonds were also created to allow member nations to share economic risk and based upon the hope that stronger nations would bolster weaker ones.

In recent months, a new bond has been proposed: the coronabond.

Nations such as Spain and Italy, which have thus far been more heavily impacted by the pandemic, support the creation of coronabonds.

In fact, they see them as a potential bridge to help them hold out until the post-coronavirus economy.

Conversely, wealthier EU nations such as the Netherlands and Germany, with lower coronavirus infection and death rates to date, oppose the idea. In their view, bolstering their southern neighbors may too heavily weigh their economies down.

Remarking on this, Belgian economist Professor Paul De Grauwe comments, “If I were Italian and if I saw that other countries are not willing to help Italy, I would question membership in the union.”1 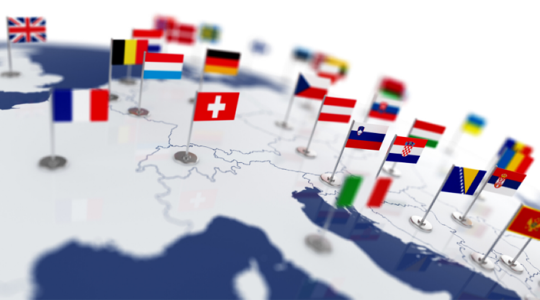 And therein lies the rub. In this time of border closures and lockdowns, the EU is starting to look more like its component parts than an actual union.

Cracks began appearing in the EU with a referendum vote held in the U.K. in June of 2016. A total of 17.4 million U.K. residents opted to leave, putting those who voted “remain” in the minority.2

It wasn’t until Jan. 31 of 2020 that the U.K. left the EU for good, and the ripple effect of its actions have been felt across the continent in the form of exit movements and political protest groups in various nations.

Resentment has built over the years, as some feel that the EU Parliament is detached, unaccountable and not truly representative. In nations with struggling economies, such as Spain, Italy and Greece, some feel that they have become vassals to stronger nations, such as Germany.

“While Europe created a common monetary policy, it never created a common fiscal policy,” adds The Center for American Progress, “When there is a recession in the United States, the federal government tends to intervene, injecting a stimulus in the form of spending and tax cuts to keep the national economy moving. The EU doesn’t do this, and during the 2008 economic crisis, this lack of a common fiscal policy was exposed.”3

Then the coronavirus pandemic hit Europe. Typically, a crisis brings people together, but sometimes it tears them apart.

In early March, European Commission President Ursula von der Leyen warned member nations to not close their borders, to slow the coronavirus. Her words were disregarded mere hours later when Denmark chose to close its borders, and other nations soon followed suit.4

As time progressed, EU member nations enacted progressively stronger actions — taking the lead in focusing on their own interests in lieu of awaiting directives from Brussels.

The very definition and purpose of the EU are being called into question as the nations function as autonomous states and take moves that undo measures that once fostered such openness between them.

Not only is their willingness to return to openness called into question, but a fundamental weakness of the central authorities in Brussels has been exposed.

Member nations are essentially rejecting central control coming down from an apparently inflexible governing apparatus and asserting the right to make decisions favoring their own interests.

Even attempted actions by the EU are perceived as weak, and much concern centers around the possibility that the EU will have to bail out southern European economies that were weak even prior to the current crisis. Italy’s debt-to-GDP ratio was 134%, while Spain’s and France’s neared 100%.

Meanwhile, the crisis has not yet been fully played out in Europe, and even the wealthier nations face their own economic crises.

Some criticisms of the central authorities point to the European Central Bank. While the United States has initiated an aggressive course of quantitative easing to add liquidity to the market, the ECB has been criticized as more hesitant. Quantitative easing brings its own problems, and while some nations consider themselves to be in a wartime economy requiring strong action, others do not.

Dalibor Rohac of the American Enterprise Institute writes for Politico concerning the ECB and states that “either they move boldly to help the periphery, or the periphery is going to help itself in whatever way it can — even if it means the unraveling of the eurozone and the EU.”5

The Center for American Progress posits that “coronavirus may be the EU’s hardest test yet.” Beyond the immediate health crisis, it will engender a challenging economic crisis and potentially shift geopolitics worldwide.3

The EU faces a challenging test. How it steps up to the multilayered challenge posed by the coronavirus pandemic will potentially determine its survival as a political and economic union.