Money Can’t Buy Happiness… Or Can It?

Money Can’t Buy Happiness… Or Can It?

We’ve all heard the saying “Money can’t buy happiness.” And while it’s thrown around often when success and wealth are brought up, there’s one problem with that statement…

I know… I know. But bear with me here.

Money can’t buy love, it can’t buy back a life that’s been lost, it can’t solve all your problems like a big green Band-Aid. Money isn’t the most important thing in life. Let’s get that out of the way right now.

But it sure does help! At least up to a point.

Studies show that the amount of money people make does indeed correlate with the level of happiness they experience. A recent study even managed to pinpoint the exact amount of income the happiest people bring in yearly.

To conduct the study, researchers asked participants to rank their lives on a scale of 0–10, with 0 being the worst possible and 10 being the best. The study surveyed 1.7 million people around the world, recording their annual income and happiness level.1

The results? People are happier the more money they make, until they reach a certain income.

And the ideal income in North America based on a one-person household?

Why Money Is Related to Happiness

Idealism aside, money correlates with happiness for a variety of reasons. People whose income is not sufficient to sustain them face a multitude of stressors that their wealthier counterparts do not. Financial insecurity causes worry and affects many aspects of life: 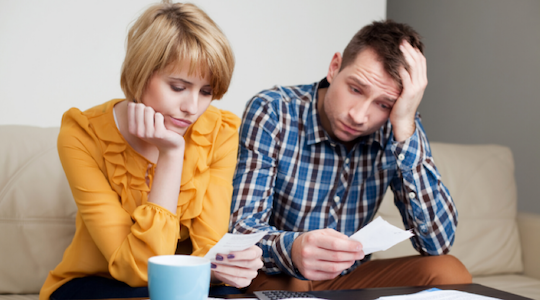 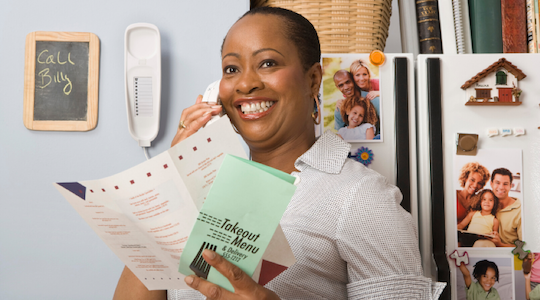 I mentioned earlier that happiness rises with income… up to a point. If having money relates to having happiness, doesn’t more money mean more happiness?

Not according to the study.1

The money-to-happiness ratio goes up steadily until it hits the $105,000 maximum-happiness point (keeping in mind that this is for a single-person household… for a family of four, that number would be $210,000). From there, however, it starts to sink.

There are most likely many factors at play. First of all, people with higher incomes may be spending more time working than those with the optimum “happy” income. They may have advanced to higher leadership roles in their career, leading to more job stress and therefore less satisfaction with life.

The shift might also be due to increased anxiety due to managing wealth. More possessions and investments can mean more problems, more management issues, more repairs and more time spent problem-solving.

Of course, there are plenty of outliers who are perfectly happy having very little and plenty of very happy millionaires.

The bottom line seems to be that the ability to not worry about money is an excellent indicator of how happy you will be.

I’d be remiss if I didn’t mention that studies are interesting and can be helpful, but when it comes to happiness your attitude, lifestyle and the ups and downs of life play a huge role in how happy you are at any given time and at any given income.

By focusing on the positive, being grateful for what you have and taking action to change the things about your life that you don’t like, you still have far more control over how happy you are than your bank account does.

1 Happiness, Income Satiation, and Turning Points Around the World

2 With Poverty Comes Depression, More Than Other Illnesses

3 Poverty and the Developing Brain