Space: Your Portfolio’s Next Frontier

Space: Your Portfolio’s Next Frontier

A time-tested strategy on the battlefield is to gain the high ground, the vantage point and the strategic advantage over your enemy. In modern warfare, a new strategic high ground is emerging: space.

It’s this advantage that President Trump sought to gain when he directed the Department of Defense in June 2018 to begin steps to establish a Space Force. Congress went on to approve this plan, and placed it under the umbrella of the Air Force.

Shortly after the announcement, Morgan Stanley announced that the Space Force “could address critical vulnerabilities in national security, raising investor awareness in the formation of what we see as the next trillion-dollar economy.”[1]

The new Space Force will at first focus on a supporting role to existing military forces and technologies employed on the surface of the Earth; in fact, some see it as little more than a rebranding of the Air Force’s existing Space Command.

The hope is that as the Space Force grows incrementally, it will generate and accelerate a true space economy and a technological boom that will lead to the development of unprecedented dual-use technologies.

The U.S. is not the only nation with an eye on space, and the primary competitor for this high-ground strategic advantage is China, a nation dedicated to developing space technologies, and some speculate it may eventually surpass the U.S. in their strategic approach. 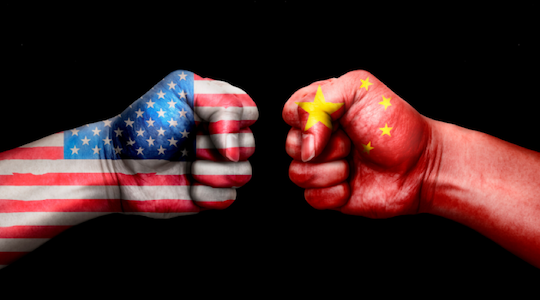 The Economic Times reported that “the Pentagon asserted that China and Russia have embarked on major efforts to develop technologies that could allow them to disrupt or destroy American and allied satellites in a crisis or conflict.” Further, the Chinese were quick to decry and oppose the president’s announcement and characterize it as “a serious violation of the international consensus on the peaceful use of outer space.”[2]

Historically, the development of new and innovative technologies has been a powerful economic driver, and the strong economy in turn allows for a robust defense capability. The estimated multitrillion-dollar space economy will reap benefits beyond national defense, to include energy, resources, information and transportation.

A key component of this new space economy will be private companies that contract with the military and the companies that they subcontract with. It is these entities that will move forward with 5G technology, robotics, quantum computing, 3D printing, artificial intelligence and a long list of other technologies that have the potential to usher in an economic boom.

Morgan Stanley has already created a list of stocks it considers strong contenders to shine in this new economy, including those in sectors such as satellite internet, rockets, space tourism and asteroid mining. They state that space is already a $350 billion economy, and it will grow rapidly as investors pour money into promising technologies, with a focus on reusable technology and developers who can offer economies of scale.[3]

Talk of a boom in the space economy echoes the hopes expressed by plans to develop a low-orbit space station in the mid-‘80s, that while realized fell short of expectations. By the time the space station was operational in the year 2000, the stock market was weak and hopes for further moon missions had not materialized.

So why the optimism this time around? One need only to look at the tech economy today as compared with where it was in the late 20th century. The smartphone phenomenon has brought with it the miniaturization of transistors and batteries, and innovations in the internet and telecommunications have progressed exponentially.

Additionally, the end of the Cold War did not bring an end to geopolitical tensions, and the defense imperative behind a new space economy is an increasingly powerful driver. Not only is the government looking to develop technologies but it is turning to private companies that have proven to be more nimble and innovative.

Americans are also increasingly more comfortable and predisposed to new technological frontiers in an age when every home has a computer, most consumers have smartphones, a whole generation has grown up with the internet and tech such as smartwatches and electronic personal assistants is part of our daily lives. 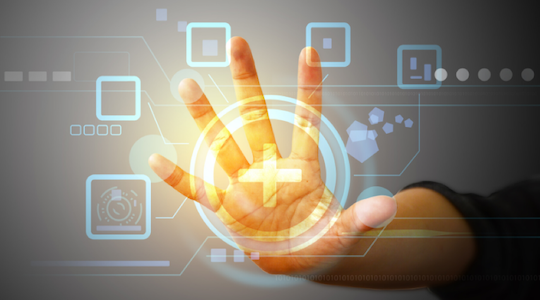 In fact, not only are Americans adopting new technologies at lightning speed but they are more willing to invest in them. While the predictable large aerospace and defense companies will attract more investment as they step up involvement in the emerging Space Force, the true explosive potential, and accompanying risk, likely lies in smaller privately funded ventures.

“It’s absolutely a viable industry to invest in, just like software,” Bessemer Venture Partners’ Tess Hatch said in an interview with CNBC.[5]

Shannon Saccocia, chief investment officer at Boston Private, echoed Hatch’s opinion, and added, “I think that space is more than just a government-funded pursuit; it needs to be more of a privatized venture.”[6]

Predictably, new stock offerings are being touted daily, and funds are being assembled to attract those interested in getting in on the new space economy. Investors would be well advised to seek trusted council before parting with their money, and a little research will likely go a long way. As with other high-yield potential investments, risks must be carefully considered, as some up-and-comers will be weeded out and new players will emerge in a pattern that will resemble the late-’90s internet booms and busts.

Keep an eye on these pages for updates.