In cities across the country, millennials are struggling to find adequate and affordable housing. Some have taken on onerous mortgages to get into homes and condos, and some have resigned themselves to paying their parents rent for a small bedroom or basement.

Spinoffs of this phenomenon include the tiny house movement, living in converted shipping containers or RVs and capsule apartments. Some in places like Silicon Valley will even live in their cars and shower at the gym while saving up for some sort of modest living arrangements.

In the short term, the prospects look pretty bleak and discouraging for young people eager to enter the adult world and put their degrees to work — even more so for those with young families or hoping to start a family.

However, demographics are about to take a sharp turn, and the possibility of a housing glut looms on the horizon. The source? Aging boomers. 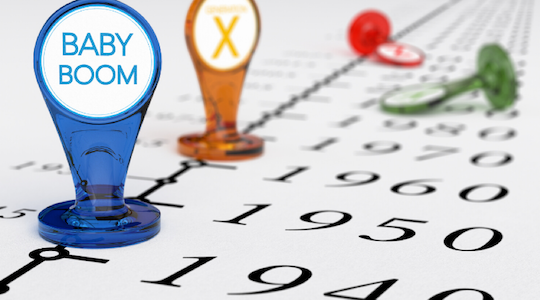 To get a closer look at the problem, just take a look at Sun City, Arizona, the original 50-year-old-plus living community, built to accommodate the burgeoning boomer population back in the early ’60s. It was a hit from the start, and currently houses some 38,000 seniors.1

The boomer generation is generally considered to be those born in the aftermath of World War II, from 1946–1964. That means that the youngest boomers are fast approaching 60, while the older ones are well into their senior years.

The boomers are the children who grew up hearing about the American dream, and they bought up homes as suburbs grew and new neighborhoods were popping up around cities throughout the country. They have been the engine of new homebuilding and the driving force of real estate growth and expansion for the past 40 years.

Today, they own 32 million homes, an astounding two out of every five in the country.2

But back to Sun City, where a shock wave is about to hit. According to The Wall Street Journal, “More than a third of Sun City’s homes are expected to turn over by 2027 as seniors die, move in with their children or migrate to assisted-living facilities, according to Zillow. Nearly two-thirds of the homes will turn over by 2037.”1

Stop and think about that for a moment. Read it again if you need to.

Demographically, there aren’t enough 50-year-old-plus people to buy up all those homes. Gen X, just for perspective, was once called the “baby bust” because of the dramatic drop in birth rates that occurred post-baby boom. Birth rates in the U.S. are currently relatively low and have never approached baby boom rates again.

And it’s not just Sun City but retirement communities, neighborhoods and thousands and thousands of homes across the country. In fact, according to Fox Business, “Over the next two decades, more than a quarter, or roughly 21 million homes, are likely to be vacated.”3

To get some idea of the scale of the anticipated housing glut, compare it with the previous housing bubble, in which there were 450,000 home sales per year.

According to Zillow.com, “Places likely to be most impacted by this upcoming ‘Silver Tsunami’ include both retirement hubs (Miami, Orlando, Tampa and Tucson) and regions where young residents have left (Cleveland, Dayton, Knoxville and Pittsburgh).”4

This demographic shift is predicted not only to lead to an eventual oversupply of housing but to lower home prices and possibly frustrated sales, as some will try to hold onto undervalued homes and wait out the glut. 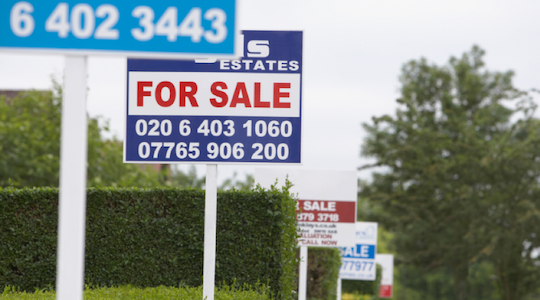 Fannie Mae’s Economic and Strategic Research Group predicts that the “beginning of a mass exodus looms on the horizon… Homeownership demand from younger generations is insufficient to fill the void left by multitudes of departing older owners.”2

Similarly, The Stephen S. Fuller Institute at George Mason University sees a problem ahead. “The significant number of older owners in relatively large homes may portend a ‘baby boomer sell-off.” Some “may have difficulty attaining the price gains they witnessed in their neighborhoods during recent years.”

In the near term, millennials and their younger Gen Z (under 22) brethren generally cannot afford these homes at their current market value. Some are proposing a GI Bill-style program to help them start getting into these homes, although those who recall the mortgage crisis of 2007–08 are not keen to repeat the mistake of buying on credit too easily.5

“The good news,” according to Daniel Jennings of SeekingAlpha.com, “is the market will ‘fix’ that problem at some point with lower prices. The bad news is a glut might lead to a housing crash — and large numbers of foreclosures or abandoned homes.”

Jennings points to two major challenges ahead: helping younger people afford these homes and how to deal with the issue of all the empty and unsellable homes that will be on the market.

Further, Jennings warns, “The bottom line is that the real estate market in the United States will be a slow-moving train wreck for the next two decades. Expect a lot of people to lose a lot of money in real estate as the baby boomers age.”