Flash Buy! A New Buy Signal In A Top-Rated Sector!

Flash Buy! A New Buy Signal In A Top-Rated Sector!

Sandwiched between the baby boomers and millennials, Generation X is given little press and woefully overlooked when it comes to many things… finances included. Gen Xers get a lot of flak for being apathetic, cynical and poor financial planners. They’re the first generation to make less than the generation before them, and as a whole, they don’t feel confident about their financial situation.1

On the other hand, Gen X is a generation of entrepreneurs… stepping out and doing things on their own, writing their own stories and moving forward despite the odds. What makes this generation tick?

Gen X is a relatively small group, encompassing people born from roughly 1965–1980. As children of the baby boomers, they were the first generation to experience being raised in a society where divorce was prevalent. Women were entering the workforce at a much higher rate than in previous generations and the brand-conscious Gordon Gekko era of consumerism hit hard in the 1980s.

These changes left Gen X kids in a dilemma because in many households both parents were working and quality child care programs were not yet common. That left Gen X walking home from school and letting themselves into an empty house. In turn, kids of this era had substantially less parental involvement and adult guidance than those from previous generations. 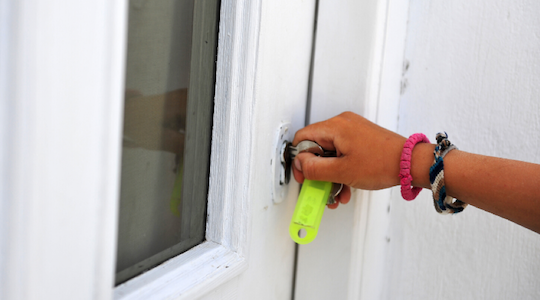 The plight of the Gen X latchkey kid, combined with the social and political changes of the day, was the perfect storm for creating what pundits call the “Forgotten Generation.” It’s no wonder that they’ve been accused of being cynical, fiercely independent and poor team players.

An Incubator for the Entrepreneurial Spirit

It’s important to remember, however, that the very things that challenge us also make us stronger.

Gen X grew up independent by necessity, which gave members of this club a can-do, solve-it-yourself attitude. While they might chafe at a highly structured office setting, they’re excellent independent workers who demand less supervision and input than their baby boomer and millennial co-workers.

This can be a mixed blessing because it often means being overlooked. After all, the squeaky wheel gets the grease… and Gen X’s tendency to quietly get the job done with little fanfare doesn’t garner much attention. But for an independent contractor, freelancer or entrepreneur, Gen X’s strengths are an enormous boon. 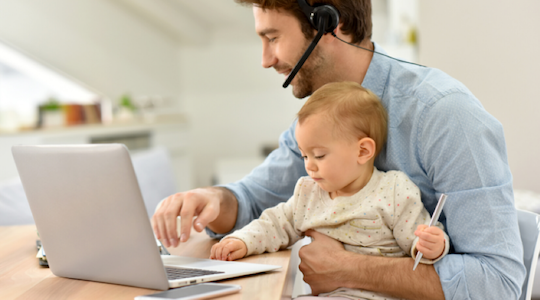 Thinking outside the box, coming up with new ways to solve problems and being self-motivated to bring your dream to life without waiting for someone else’s approval are features that have led to Gen X being a generation of entrepreneurs and leaders.

The entrepreneurial spirit of Gen X isn’t just a result of their independent, resourceful latchkey origins. Gen Xers are also more focused on work-life balance than their baby boomer parents. Having grown up with parents who worked overtime and missed out on family time, Gen X is determined to maintain enough flexibility to enjoy life outside the office.2

While baby boomers often kept one job until retirement, Gen X has no problem moving from job to job if they’re unhappy with their situation. Becoming an entrepreneur and starting one’s own business is a great way to exercise the independence, flexibility and desire for balance that’s part of this generation’s DNA… In fact, the lines between “work” and “life” can fade when you work from home and involve your family in what you do.

Furthermore, according to the 2018 Global Leadership Forecast,3 Gen Xers have quietly taken over 51% of leadership roles and have traditional leadership skills on par with their baby boomer parents. On top of that, despite not being raised in the digital age, they’re also as adept at using technology as millennials. They form an important bridge between the predigital “boomers” and the tech-inspired world of the millennials.

Despite this, they are often overlooked at work and receive fewer promotions than their peers.4 Is it any wonder that they leave work to become entrepreneurs?

While Gen X has faced criticism and neglect from the media, it’s important to recognize this “middle child” generation for its contribution to the rise of entrepreneurship in America. They’ve taken the brunt of the monumental shifts and upheavals that have happened in society and technology over the last 50 years and have created a space for themselves despite it all.

[2] “The Changing Definition of Work-Life Balance.”

[4] “Are Companies About to Have a Gen X Retention Problem?”