Say NO to Minimalism

Say NO to Minimalism

After the status symbol-crazy, Gorden Gekko consumerism of the 1980s, the 90s ushered in an era of frugality and anti-consumerist sentiment. Out of this era came a financial approach known as FIRE, a philosophy that promised frugality and minimalism as the yellow brick road to early retirement.

The FIRE movement has always had its proponents and detractors, and it cyclically rears its head again and gains newfound enthusiasts. Of late, minimalist Millenials have breathed new life into this idea.

So what is it?

According to Lisa Rowan of Lifehacker, “The concept of FIRE — Financial Independence, Retire Early — is pretty straightforward. If you can save up enough money when you’re young, you can have a ton more flexibility later in life.”1

But here’s the rub, this program is not just about saving more — it’s about extreme saving: “ChooseFI explains it as saving 25 times your annual expenses in order to reach financial independence. To do so, you should try to save between 40 and 50% of your income each year.” 1

Extreme adherents to this movement go so far as to live in tiny houses, give up vacations and restaurants and eke by on minimalist food budgets.

But financial fads come and go, and the savvy investor knows the importance of digging a little deeper. So are the FIRE followers onto something here?

To get an idea of what the FIRE plan might look like, Vice UK writer Hayden Vernon gave it a try and shared his experiences. Vernon makes just under the average wage for a Londoner, and chose to save half his monthly income. After subtracting rent and other expenses, he was left with the equivalent of $16 per day to cover food, travel, and other expenses.2

Vernon envisioned a Henry David Thoreau-type existence of living each day more deliberately and mindfully — the presumed polar opposite of consumerism. 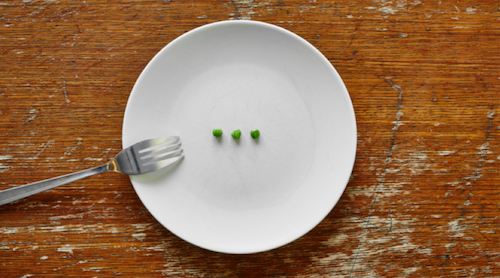 Sounds great, but the reality was not so appealing. Eating the same sad sandwich daily at work, running to catch the bus and saying no to midweek pub get-togethers with friends began to weigh on him.

In a nutshell, “Saving money was satisfying, but at the same time, viewing life through the narrow lens of cost/benefit analysis sucked the joy out of it. Far from helping my financial anxiety, it was only making it worse.”2

The Problem With FIRE…Reduction vs. Abundance

Garrett Gunderson has a very different point of view. He says “you can’t shrink your way to wealth,” and emphasizes the importance of embracing an abundance, rather than reductionist, point of view.3

This isn’t to say that squandering money is a good idea… and that’s not what Gunderson is suggesting. He agrees that budgeting is needed if you’re spending more than you are making.

But if you’re bringing in more than you need, he believes there are better ways to grow wealth than budgeting yourself into misery. Instead, he’d like to see people invest in their own ideas, creating value to bring to the marketplace. He advocates building up your assets by putting cash flow banking to work. And then, use that money to create more value.

As far as budgeting is concerned, Gunderson’s main rule is “just don’t borrow to consume.”

Making every dollar count doesn’t have to mean living a lifestyle of extreme deprivation for decades in order to enjoy your retirement. Instead, make sure you’re aware of where your money is going, maintain direct control over it and put your money to work for you rather than locking it up in low-yield accounts that charge high fees. 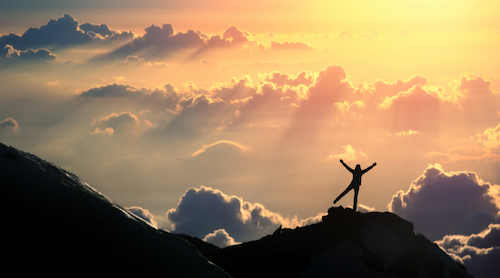 And then, live your life now. Because as much as we hope to enjoy retirement, you never know what the future will bring.

In the end, wealth is about far more than what’s in your bank account… it’s about building a life that’s fulfilling, creating something of value that you can share with others and leaving a legacy.

If leaving a tiny footprint is your passion, and living in a 300 square-foot home is something that appeals… FIRE might be right for you.

But if you’re interested in living life to the fullest now, rather than waiting for retirement (even if your goal is to retire at 40), staying away from extreme budgeting is a better idea. Stay focused on abundance, keep track of your money and put it to work. And then contribute to the economy by both contributing your own unique skills to the marketplace and purchasing… and enjoying… the things others bring to the table.