Ether Has Joined Bitcoin as a Commodity

Ether Has Joined Bitcoin as a Commodity

On October 10, Commodity Futures Trading Commission (CFTC) chairman Heath Tarbert announced they have come to a decision regarding the cryptocurrency ether: It will be recognized as a commodity. 1

Wall Street has been scrambling to stay one step ahead of the rapid growth that’s happening in the cryptocurrency world. Bitcoin and ether are not just new companies arriving on the stock market, they represent a completely new technology that breaks the mold… and they don’t fit easily into the typical financial “boxes” that the SEC and CFTC traditionally deal with.

The CFTC first announced that bitcoin was a commodity in 2015, and in a 2018 court case a federal judge backed that decision up by ruling that virtual currencies are commodities. 2  The CFTC had previously not officially determined the status of ether, which is the second-largest cryptocurrency.

What is a Commodity?

The ruling that bitcoin and ether are commodities is important for several reasons. To understand why, it’s important to know what a commodity is.

Commodities are products that can be traded, whose quality varies very little between producers. Investopedia describes it this way:

“A commodity is a basic good used in commerce that is interchangeable with other commodities of the same type.” 3 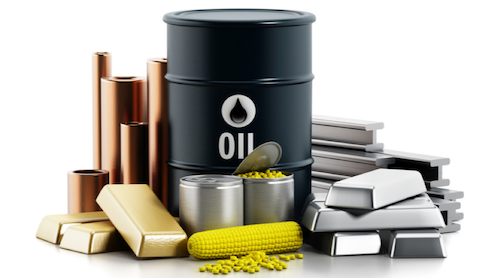 For example, oil is a commodity. You expect to pay roughly the same amount when you gas up your car at Chevron as you do at 7-11, and you expect the quality of the gas to be about the same in both places. When you buy gold, you expect that 24-carat gold will be the same no matter where you buy it. That makes it easy to know, as a consumer, if you’re paying a fair price for what you’re buying.

It also makes it easier to predict what you might spend in the future for that commodity. For example, the Chicago Board of Trade might decide the price of a bushel of high-quality corn, and then farmers can plant crops and sell “futures” for the corn they are growing. That ensures they will get a set price on their product, even if prices drop while the corn is growing.

Investors can buy futures directly, for example, a breakfast cereal company might purchase corn from a farmer. More often, futures are bought and sold on the stock market without the physical product ever being exchanged. For instance, if an investor believed that the price of corn might go up in the next six months, they could buy a future at a set price. If the price does go up, that investor has made money…if it goes down, they lose money.

What Makes Crypto a Commodity?

Traditional commodities like gold, silver, grain, and oil are easy to identify. They are physical products that people have been trading for years and have a well-established track record. Cryptocurrency like bitcoin and ether don’t fall into that category, and in the past, their value has varied widely.

S how did the CFTC decide to classify these as a commodity?

A court case from the 1940’s involving a citrus farm has become the standard by which the CFTC decides what qualifies as a commodity. Known as Howey’s Test, it’s a way to determine if parties have entered into a speculative enterprise. According to Investopedia,

“From the perspective of the Howey Test, the operative question, in this case, is whether or not cryptocurrency investors are participating in a speculative enterprise, and if so, if the profits those investors are hoping for are entirely dependent upon the work of a third party.” 4

In the case of bitcoin and, now, ether, the CFTC has decided that the answer is “yes.”

Why Is This Important?

Being listed as a commodity is important for bitcoin and ether for several reasons, mainly related to the identity of the product itself. 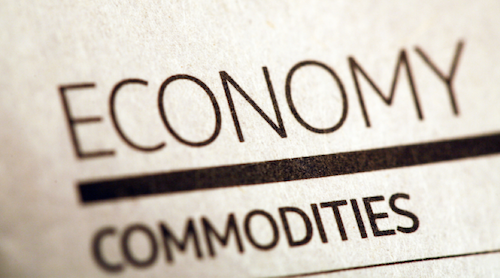 First, it clearly shows what the SEC and CFTC do not consider bitcoin and ether: they aren’t being seen as currencies. While a currency can be traded as a commodity, that’s not the main way they are used… and because cryptocurrency is not backed by a government or by anything other than its market value, the powers that be don’t recognize it as a real currency.

That means that while you might be able to purchase a house with crypto if the seller is willing to trade, you aren’t really using it as currency— you’re essentially doing the same thing you’d be doing if you exchanged gold for the home.

On the other hand, being recognized as a commodity is a step in the right direction as far as validating bitcoin and ether. It means that they have been around long enough and have enough of a track record that their value is accepted on a large scale. It means that futures can be bought and sold, which gives people an option to make money without owning the actual product.

Finally, it means that bitcoin and ether will be under the authority of the CFTC… which will regulate it and investigate cases of fraud. This creates a new level of security that’s important to investors and could usher in a host of new investors who were not comfortable investing in crypto beforehand.