Time to Buy a Safe…or Not

Time to Buy a Safe…or Not

Today, I want to explore the issue a little deeper. Are negative interest rates a good idea? What exactly happens when rates dip into the negative?

Decreased interest rates are a boon for those looking to buy real estate or make large-ticket purchases. Refinancing a home at a great new rate can infuse a good deal of money into homeowners’ pockets, and from there into the economy at large.  So why would even lower rates…negative rates even… not be a great thing?

Some Warnings from the Experts

Sean Williams of The Motley Fool warns of three main negative impacts that can be expected when negative interest rates are implemented.

The first negative impact is a decrease in consumer savings. As we mentioned in the last article on this topic, negative interest rates can mean that banks may actually charge to keep your account. Not only would consumers no longer be incentivized to save, CD investments would take a hit, causing some consumers to lose spending power.

Older investors who have been spooked by stock losses in the past, such as the 2007-2009 stock market crash, tend to invest more heavily in CDs… and negative interest rates would put these investors at risk of not reaching their retirement goals. 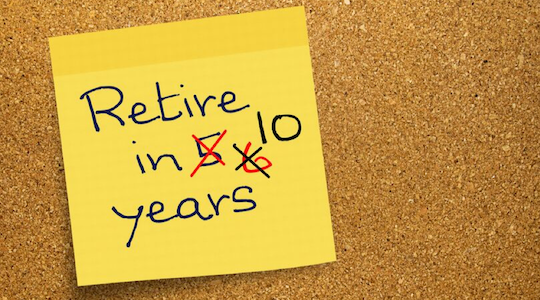 “Secondly,” writes Williams, “financial institutions being penalized by central banks are likely to pass the costs on to their customers by imposing higher fees. If banks are going to be charged by a central bank for hanging onto cash… they may instead boost high-margin fees to raise additional cash.”

These fees could include higher ATM fees, a monthly charge to maintain a checking account, higher fees for overdrafts and transfers, and possibly even fees to process bank transactions via a teller as opposed to banking electronically.

He explains that: “Although investing in the stock market has been shown to be a good source of income generation over the long term… What might happen is a considerable rise in risk-taking among investors, which could correlate to an increase in volatility in equity prices.”

In Japan, negative interest rates led to a boon in one industry: The sale of safes.

Consumers looking for somewhere secure to warehouse funds pulled out of banks found safes a viable option to being charged to store the money in banks.

This spike in safe sales only perpetuated the problem that the negative interest rates were supposed to address. “The idea was to prop up the economy and increase inflation by encouraging consumers to spend and borrow while discouraging banks from keeping large reserves,” reports Lucinda Shen of Fortune.

What Can You Do To Prepare?

There’s no guarantee that we’ll see negative rates, but in case we do… what can you do to prepare?

According to The Motley Fool, a possible immunization against the implementation of a negative interest rate is buying high-quality dividend stocks. “As long as you can add brand-name businesses with superior yields to your portfolio,” advises Williams, “you should be able to generate income above and beyond the rate of inflation.”

Alternatively, one could purchase stock in Brown Safe, American Security, Gardall, and other manufacturers of home safes. (Kidding… sort of.)

Why Are Negative Rates Even Being Discussed?

In closing, I’d like to address something important. Despite the doom-and-gloom, alarmest news of late, the US market has done very well in the last few years. An impending correction or dip would not throw us into depression or recession territory… in fact, in late August Time Magazine published an article that stated:

Make no mistake about it: the economy really is in a very good place–even if the stock market is down from its highs and extremely volatile on a day-to-day basis.

In fact,  unemployment rates are at a 50-year low, and America’s stock market has enjoyed the longest bull market in history.

Even though the trade war with China has put a damper on the economy’s historic growth, it seems like we’re doing not just well, but remarkably well. And, news that trade talks are expected to resume October 10th should assuage some of the concern that has weakened economic growth of late.

That begs the question: Is Greenspan correct in his prediction that negative interest rates are coming to the U.S.? The answer remains to be seen, and this prospect may well be avoided.