Kevin Harrington: “The Best Private Companies Have These FOUR Qualities”

Kevin Harrington: “The Best Private Companies Have These FOUR Qualities”

When you spend as much time researching finance as I have, it’s inevitable that you’ll come across a slew of money-making ideas.

Honestly, most of them aren’t the golden ticket they’re made out to be.

What’s great about having me on your team is you don’t have to worry about sorting through them yourself.

You don’t have to waste your precious time, money or effort sifting through each new thing.

I’ve dedicated myself to finding the diamond in the rough and handing it over to you.

And I’m excited to say that I’ve got someone new with the same level of dedication as I have.

His name is Kevin Harrington. You probably recognize him as one of the original “sharks” from Shark Tank.

He’s here today to share what it would take for him to put his own money on the line.

Kevin even has a special deal for you that he’s put together himself in which he will be investing thousands of his own dollars in.

How to Spot the Golden Ticket 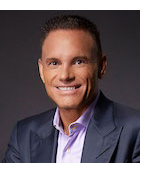 I’ve heard over 50,000 product or company pitches in my life.

I’ve only ever put my own money on the line on a few hundred.

Every time I find a new deal, I put it up against these four criteria.

I only ever invest my own money if it passes each point. There is no wiggle room here.

I’m sharing my checklist with you today because I want you to be absolutely certain I have already done the legwork on the deal I like so much and will share with you on Tuesday, Oct. 1, at 1:00 p.m. Eastern.

Mark your calendar for that date and time. I’ll send you an email right at that time with all the details…

Right now, take a look at my criteria for judging private companies…

The Company Must Have a Product People Love

Think about Apple and the iPhone.

Apple was on the verge of collapse back in the late ’90s. They were just another hardware company.

Then Apple released the breakthrough product of a generation… the iPhone.

It was a magical transformation. It started a love affair with consumers that continues to this day.

Apple roared back to life as millions and millions of iPhones flew off shelves all over the world.

In 2018 alone, for instance, Apple sold more than 217 million iPhones, generating billions in profits for the company.

An innovative, customer-friendly product people love is the surest way to grow a business like wildfire.

When I invest, I need to see a product that could have mass appeal. A product people are going to use, talk about, love and keep for a long time.

I want to see something with that “magical transformation” potential.

The product itself is just Step 1. That product also has to solve a problem real people have.

Funny story — I was once pitched a startup that was an alarm clock and toaster oven in one.

OK concept, but how many people would replace both those items in their house with one item that did both things? There was just no demand for it.

Meanwhile, look at a company like Walmart. Why is Walmart everywhere and so successful?

Walmart solves a problem shared by EVERY person: the need for quality products at affordable prices.

Because of Walmart’s ability to meet REAL demand, they were able to become one of the most powerful companies in America. They do hundreds of billions in sales every year.

The Company Must Be Led by an Experienced Team

Building a business to hundreds of millions in sales is even harder.

That’s why you want to invest in companies led by folks who have either done it before or have access to experienced advisers who can help them.

Most folks don’t know this…

But the founder of that company, Anthony, was actually the inventor of the DVR.

The DVR… I mean… it was in EVERY single home in America.

It was clear Anthony had the experience, the moxie and the vision to do the same thing with Roku.

Since he launched Roku, the company has grown to about $16 billion today.

When I put my own money on the line, I want to be buying talent like Anthony.

Or if it’s some young kid with a breakthrough idea, I want someone like Anthony somewhere in the business so I know for certain there’s experience on the team.

Now, this last criterion could be the most important of all…

The Company Must Have a Real Advantage Over the Competition

This is what Warren Buffett calls a “moat”… A company must have truly unique positioning.

It’s an advantage that protects a business and makes it hard for others to copy it.

As an example, think about Marvel Studios, which is owned by Disney.

No one, and I mean NO ONE, is going to make superhero movies that big and that expensive to compete with the latest Marvel movie.

Marvel owns the rights to the stories, the characters, the merchandising, you name it. No other company on Earth is going to release a superhero movie that can compete.

Like I mentioned, if — and only if — a private deal I’m weighing meets all four of these criteria do I continue.

Two out of four is no good. There’s too much that can go wrong.

I only ever keep working on a private deal if the company goes four-for-four on this checklist.

I’m going to show you how to get in on this deal before I put thousands of my own dollars in.

Plus, you’ll see how you’ll book a GUARANTEED gain if you get in before me, AND how you can do this with just $50, right from home, in two minutes, with no paperwork or hassles.