The Attack on World Oil

The Attack on World Oil

You were probably as shocked as I was to see the news of an attack on Saudi Arabian Oil fields Saturday, September 16, 2019. As I write this, fingers of blame are being pointed, oil prices are rising, the market is reacting and the world awaits possible military action.

Only time will tell how it will all pan out.

It is beyond the purview of this publication to go down the proverbial rabbit trail of politics and military action. My main focus here is the world economy and how the smart entrepreneur and money manager should react to these events. What’s the bottom line?

While concern is certainly appropriate, a snippet from a famous Rudyard Kipling poem comes to mind,

And it does seem like there’s a bit of that going on. A quick internet search yields doomsday headlines such as this one seen on Yahoo news: Drone Attack on Saudi Oil Field Seen as Realizing Worst Fears.

A few basics: The Financial Times reports more than half of Saudi Arabia’s production was knocked offline by the attack — 5% of the world’s daily usage. Oil prices spiked nearly 20% in the immediate aftermath.

The world oil supply disruption is one of the largest in history, eclipsing the Iranian Revolution of the late ‘70s, the oil embargo of the early ‘70s and the Iraq invasion of Kuwait in 1990. 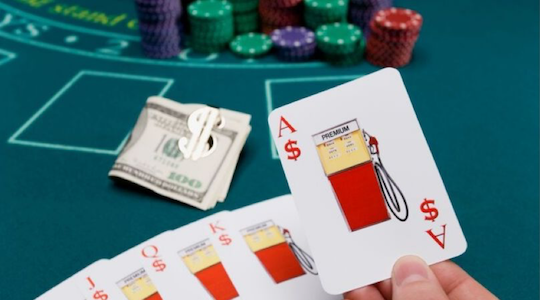 “We need to know if it’s a 48-hour outage or if it’s a four-week outage,” Ashley Peterson, a senior oil market analyst at Stratas Advisors, said on Bloomberg TV, “That’s really what’s going to drive prices.”

U.S. national interest is a stable world economy. That is fundamentally an interest of the United States, and the Middle East oil flow — the world economy is dependent on the evenness and stability of that oil flow. And that is what this is truly about.

Let’s face it, the oil market is a global market, so it’s not even just about the Saudis or America, this is about the global oil supply.

On the other hand, we’re in a better position than we were during previous oil crises.

Fortunately, the world is in a much better position today to deal with an oil supply crisis. The Saudis are working quickly to restore production, and expect to get a third of it back this week and should be back to full capacity in the following weeks.

Additionally, President Trump is helping to ease the situation by the release of the strategic oil reserves here in the U.S. — a reserve that was created thanks to the wisdom gained by oil shortages of the past. Further, he has asked that approvals of oil pipelines be expedited to speed up domestic oil production.

Julian Lee of Bloomberg Opinion shares the opinion of many: the emergency stockpiles can probably cope with this disruption as long as it’s finite. The global supply will be harder pressed to accommodate if there is a broader and prolonged conflict. 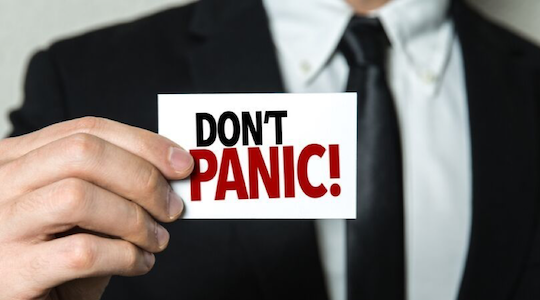 It is also worth noting another recent bit of promising news about the oil market that didn’t make the headlines:

Just a few days ago, oil ministers from the Organization of the Petroleum Exporting Countries and its big oil-producing counterparts (known collectively as OPEC+) were bemoaning the excessive inventories still sloshing around the world after more than 2 1/2 years of supply restrictions.

In other words,  the oil supply was in good shape prior to this attack.

What does this all mean for your finances?

The bottom line for investors is that it pays off to be patient and calm. President Trump has already shown a preference for minimal and measured foreign military action in Iran, Afghanistan and Venezuela, and now is not the time for impulsive or fear-based decisions of any kind — least of all financial.

The smart investor looks for the opportunities presented by the situation: What problems did this situation uncover that need to be solved? And what industries, businesses and resources might rise up to provide solutions?

There are a lot of potential areas that might have their day in the sun because of uncertainty over fossil fuel. It might remind people, for example, that solar power and other renewable resources are a good option.

General Keane also pointed out on Fox Business that an estimated 20 drones penetrated Saudi air defenses without having been detected. The U.S. makes big money on defense technology in Saudi Arabia, and the savvy investor may want to look into defense contractors that are aggressively addressing this problem.

While this is a serious situation that warrants our attention and concern, Kipling’s words about keeping your head in a crisis are just as true today as they were when he penned them in 1943.

It pays to remember that the financial ramifications of world events are often based more on people “losing their heads” than on the circumstances themselves.