Gold Is On The Rise…

Gold Is On The Rise…

The inverted yield curve has people talking about a possible recession… but there’s one area upon which it’s having a positive impact: the prices of precious metals.

From the end of June to Sept. 4, bond yields dropped by a little over half a percent to a three-year low of 1.46%. At the same time, precious metals rose sharply… in fact, according to The Wall Street Journal, gold hit a six-year record high while silver and platinum rose by 27.13% and 17.8%, respectively.[1]

So why were investors suddenly interested in buying precious metals?

Gold, silver and platinum tend to do well when the strength of the economy is in question. Whether or not the inverted yield curve is really a harbinger of economic decline, other global indicators — such as falling currencies, from the euro to the yuan — also have investors nervous.

When investors are nervous, they tend to seek refuge in the safety of precious metals.

Gold and silver are traditionally safe bets when the market is shaky or, as the case is currently, simply doing unusual things. The predictability of precious metals rising in value at times like this is consistent historically, so it’s not surprising to see the current rise.

How can you benefit from the boom in precious metal values? Should you take the plunge and invest? And if so, how? 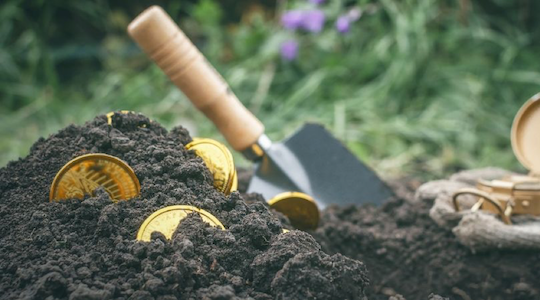 There are a few things to consider…

First, although gold and silver are known as safe investments, their prices do fluctuate quite a bit day to day. In fact, although gold prices were at a high as of Sept. 4, they dropped a bit the next day after news that trade talks between the U.S. and China would resume in October. Precious metals are like any other investment in that buying and selling at the wrong time can still cost you.

Another factor to consider is that gold can actually be a fairly volatile commodity. There is a finite amount of it, which means sudden increased demand can create a sort of “bubble” that can leave investors exposed. Not only that, but it’s difficult to place a real value on gold today.

The world is no longer on the gold standard, so the metal’s real worth is largely in the value that people place on it. According to The Balance:

The only underlying value of gold is its cost to mine. Even that is difficult to determine since miners say it's anywhere between $500–800 an ounce. [2]

Additionally, the prices of gold, silver and platinum are already on the rise… and that leaves investors vulnerable to the FOMO effect. If you’re considering investing in gold, you’ll want to consider the “wave” that rises and then breaks as people rush to get in on a trending investment.

One thing that people often wonder about when it comes to buying gold is… how does it work? Do you actually buy the metal itself, or is there a way to invest that doesn’t involve taking home a pile of gold ingots? 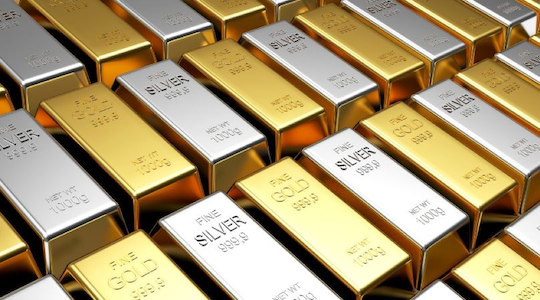 Yes, purchasing actual gold bullion from a dealer or bank is an option (but we don’t suggest burying it in your yard). You can also trade futures or options on the commodities market, although this is more complex than many investors want to deal with.

Exchange-traded funds, or ETFs, are another option for those who are interested in hedging their bets in this unusual market. These funds mimic the rise and fall of gold and are traded on the stock exchange.

ETFs break the price of an ounce of gold into percentages, which allows you to buy in at less than the price of a full ounce (which, as I write this, is $1,493). Trading at $150 per share makes it much easier to experiment with this sort of investing without committing a large sum and makes the transition of buying and selling faster and easier.

Do the reasons to invest in precious metals (historical stability, weak global currency and the yield curve, to name a few) outweigh the reasons to be cautious? I hope this helps you better understand the pros and cons, but of course, the decision will be up to you (and your adviser) to make.