If you’ve got kids, chances are good that you’ve had some interesting conversations about money.

Most children don’t really understand the way money works, which is completely understandable considering many adults are in the same boat! But that doesn’t mean money isn’t important for kids to learn about. In fact, the high rate of financial illiteracy among adults is a compelling reason to start educating your kids about money while they are young.

What do the Money Revealed experts have to say about kids and money? Here are some tips from the series, as well as a few resources:

Robert Kiyosaki, author of the best-selling book Rich Dad Poor Dad, shared an incident from elementary school when he asked his teacher, “When will we learn about money?” Her response was, “We don’t teach money in school…” and things haven’t changed since Robert was a child.

Schools won’t teach anything beyond the most basic financial concepts, so it’s important to realize that your child’s financial education is going to come from you.

Use concrete examples to teach your children abstract concepts

David says that these experiences made finances tangible and fun for him, and he’s built a career on doing the same through The Motley Fool. 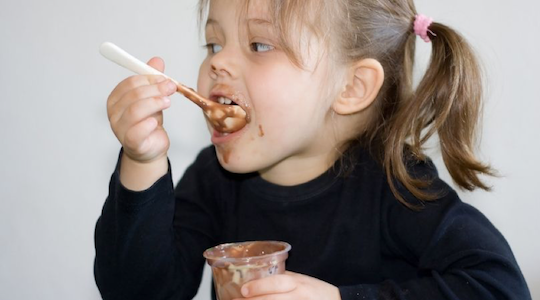 Give them hands-on experience with real-life situations

John Carter, author of the best-selling book Mastering the Trade, shares that his interest in finance began when he overheard his father talking about a stock that was doing well.

He decided to invest the money he’d worked all summer to earn. And with help, he purchased a few stock options.

Two weeks later, his money had nearly doubled — and he’d earned not just some income but also a lifelong interest that has led to an amazing career.

Financial educator Roger Hamilton’s son invented a set of wooden building blocks based on architecture he’d seen in Italy, and at 16 years old started a business selling them.

Kids are natural entrepreneurs, and when they see their efforts pay off in a tangible way it nurtures that tendency in a way that no workbook, video or lecture could ever do.

Are you interested in other ways to build your child’s financial literacy, teaching them how money works and building an interest that will grow as they do? Check out the resources in this post on the Money Revealed blog, where we have a variety of books and games for kids (as well as an Expert Bookstore that features books mentioned in Money Revealed)!