Blockchain is changing the way the world records transactions.

It promises to revolutionize everything from monetary systems to health care records and voting. It’s rapidly becoming a part of the way society works, and most experts agree that it will play a huge role in the way we will do business in the future.

We talk a lot about blockchain in Money Revealed, but the concept can be a little difficult to wrap your mind around…

So here’s an overview of what blockchain is and how it works:

Although it’s only made the news in recent years, blockchain first made an appearance back in 1991. The concept was developed by Stuart Haber and W. Scott Stornetta, who were looking for a way to create timestamps that could not be tampered with… the idea was a sort of a digital notary public.

The idea didn’t gain speed until Shatoshi Nakamoto (there is some debate as to whether Satoshi is an actual person or a group of people working under that name) reintroduced the idea for use with bitcoin in 2009.

Blockchain’s main purpose is to record transactions and protect them from being tampered with.

This is done by creating a digital record that is public, decentralized and distributed through a network. The name “blockchain” comes from the fact that records are stored in “blocks” and then connected to other blocks throughout the network…the “chain.” 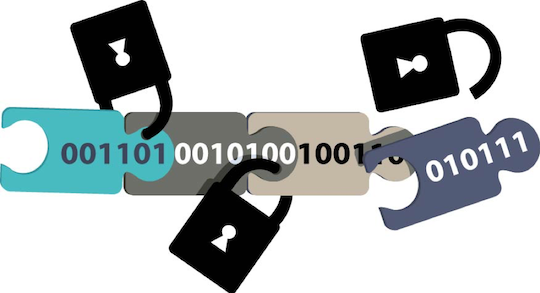 Each block contains data — the record of a transaction. For example, if Susie Q. purchases 10 bitcoins from Jonny Nefarious, the transaction is recorded in a block.

Blocks also contain something called a “hash,” which is a sort of digital fingerprint that’s unique to each block. The block is then connected to another block in the chain, and the previous block’s unique hash is also recorded on each block.

In our example, when a new block is connected to Susie and Jonny’s block, it will have its own hash and will also carry the hash belonging to their block… and so on, throughout the chain.

What happens if Jonny Nefarious decides he wants to sneak in and change his transaction with Susie?

That’s where the genius of blockchain comes in. If any information in Jonny and Susie’s block is changed, it will automatically change the hash “fingerprint” of their block. This causes a chain reaction, like dominoes falling…every block after the block that’s been tampered with will reflect that a change has taken place — making it very difficult to get away with fraud. 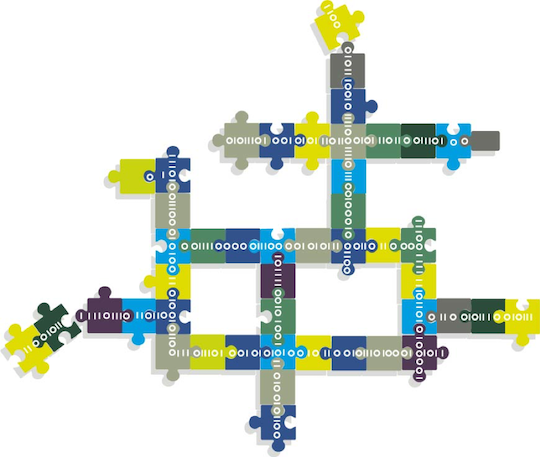 Not only that, but the blockchain’s distribution makes tampering with information even more difficult.

As blocks are created, they are added onto the chain and the changes are reflected throughout the entire network. Each block is verified by all of the links in the network before it’s added, and if something is off it will be rejected by the network. This peer-to-peer sharing creates another layer of protection.

This means that in order for Jonny to go back and falsify his transaction with Susie, he will first have to get into their data block, change its hash and then change every other hash that has been recorded in all the blocks that are linked after theirs. The new hash would also need to be present in over 50% of the peer-to-peer network.

The chances that someone would be able to accomplish all of this are slim to zero.

While it is still a maturing concept, those are the blockchain basics. Having a working knowledge of this up-and-coming technology is helpful as new applications for blockchain unfold.