Everyone knows that the stock market tends to move in waves. One could say that it’s predictably unpredictable, with certain patterns appearing in both the rise and fall of individual stocks and the market itself.

One of the most costly mistakes many people make is investing based on the fear of missing out, or “FOMO.”

John Carter is an expert in the stock market. He built a company called Simpler Trading that teaches people how to trade their own stocks. He also wrote the book Mastering the Trade, and I had the pleasure of interviewing him for Money Revealed, where he shared some insight as to the dangers of FOMO.

Fear of missing out can drive people to invest in a stock that’s doing well.

You see a stock in the news or learn about it on social media. You start to get interested…

Others have invested in the stock and they’re making a killing; your heart starts beating a little faster…

You’ve been watching it lately and it’s still rising. You’ve got the growing feeling that you’d better get in quick, before you miss out on the money, so you throw a chunk of your nest egg into the popular stock…

… Only to find that, a few weeks later, it takes a nosedive.

The problem is you weren’t the only person seized with FOMO. As people started seeing the stock rise and hearing stories about its great performance, everyone else started thinking the same thing you did… and they invested the same way at the same time.

By the time a stock gets to this point, it’s often nearing the top of its rise. When a lot of people invest at the last minute out of fear of missing the ride, it causes the wave to roll over and suddenly you’re on the wrong side of things. 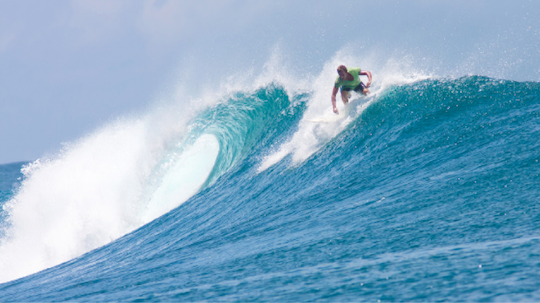 In fact, if you find yourself feeling a little bit of FOMO, that could be an indicator that it’s actually not a good time to invest in that stock. Getting in at the crest of the wave might be good if you’re surfing, but it’s a recipe for disaster where stocks are concerned.

How can you avoid losing money in a FOMO-driven situation?

The best thing to do is to take a minute to educate yourself before you invest. If you’re interested in trading from home, you’ll need to know what to look for in a stock, when to get in and how to use the stock’s current position in the market’s “wave” to your advantage.

In fact, John says you can make money on a stock that’s about to roll over due to other people’s FOMO… but you don’t do it by directly investing in the stock. Instead, sell a call credit spread and make money as the stock goes down. 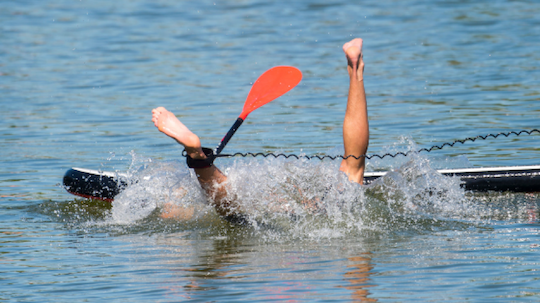 That’s the sort of thing that John shares in his book and website. He says that taking the time to investigate tried-and-true strategies that work with various stock scenarios is vitally important if you want to be successful in the market.

It might take around three months of learning, according to John, before you’re really ready to dive in and start trading. But it’s well worth it if you can ride the market’s waves and avoid wiping out in situations like those caused by the FOMO effect.

Click here to check out Mastering the Trade today!