The world is full of doom-and-gloom predictions today. And it can seem like the future of the planet is grim.

In fact, one of the greatest difficulties we face as a society is the perpetuation of fear…

Fear of epidemics. Climate change. Economic downturns. The conflicting opinions of others.

Many people live with the fear of being left behind or left out, which leads to a false sense of scarcity (both financial and social). It becomes easy to picture a future that’s as bleak as the dystopian books and movies that are so popular today.

The thing is living in fear warps your perspective and shrinks your potential.

That’s why Matt Ridley’s book The Rational Optimist is so important.

The Rational Optimist was recommended by Money Revealed expert David Gardner, one of the founders of The Motley Fool. The book addresses the economic and social pessimism that is so prevalent today, meeting it head-on with rational, evidential reasons to be optimistic.

One of the best things about this book is that it goes through the evolution of the free market, which is both enlightening and encouraging. Society has come a long way, and many of the concerns we have about the future are truly not valid.

In fact, we have every reason to be hopeful because of the advances that continue to drive the human race forward:

Although this generation has more peace, leisure, resources, safety, medical care and luxury than ever before, it also seems to be the most pessimistic. Despite the fact that things are actually trending upward, people today tend to predict that the future will be one of extreme poverty, plague and global pollution.

This negative thinking actually does very little toward motivating people to change their behavior. In fact, the feeling of hopelessness tends to do the exact opposite.

What does all this have to do with business, finance and prosperity? 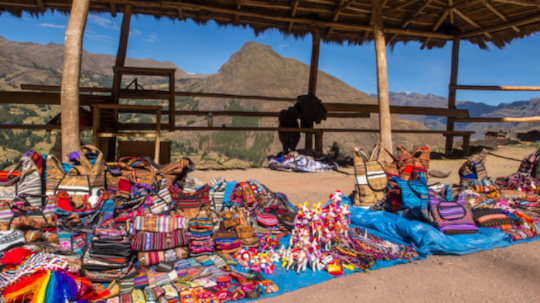 Despite the negative feelings that many people have about commerce, the exchange of goods between unrelated people has played a vital role in the evolution of human society. It’s the driving force behind industry, the bridge between cultures and the means by which people have time to devote to the arts, science and philosophy.

Optimism for the future is not only possible, but reasonable, and Ridley’s book gives you clear and measurable evidence to stand on when you’re confronted with the pessimism that seems to be clouding our vision today.