A Recipe for Success

A Recipe for Success

John Mackey is the CEO of Whole Foods. His company made major waves in the health food industry. But Mackey’s legacy goes far beyond the service he’s delivered to his customers and employees.

John’s desire is to truly bring value to the world through business, making it a better place. And his philosophy (which was honed through the reading of Firms of Endearment, a book by Rajendra Sisodia that featured Whole Foods) has had an impact throughout the business world.

Mackey and Sisodia teamed together to write a book called Conscious Capitalism: Liberating the Heroic Spirit of Business. Out of this, the “conscious capitalism” movement was born — and it’s spreading like wildfire, changing the face of business by marrying the strengths of capitalism with the heart of compassion like never before.

In a nutshell, the root of the conscious capitalist movement is summed up in these words from the credo found on its website:

We believe that business is good because it creates value, it is ethical because it is based on voluntary exchange, it is noble because it can elevate our existence and it is heroic because it lifts people out of poverty and creates prosperity. Free enterprise capitalism is the most powerful system for social cooperation and human progress ever conceived. It is one of the most compelling ideas we humans have ever had. But we can aspire to even more.

Corporate America has been marred by the cutthroat business practices that the 1980s were infamous for — personified by the unscrupulous fictional character Gordon Gekko in the movie Wall Street. Certainly, there are plenty of examples of companies destroying lives, livelihoods and the environment through self-serving, greedy practices that, even when executed in a legal way, show a heartlessness that deserves contempt.

But business has a different side, too.

Business can make a huge, positive difference when entrepreneurs focus on service rather than self. Businesses create products and services that other people need. These products might serve a basic need or might simply provide a moment of joy in a person’s day, but they exist because they bring value to society. 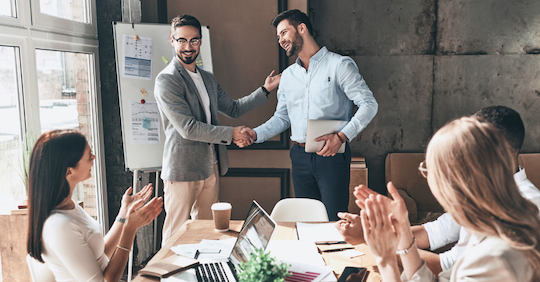 Conscious Capitalism: A Recipe for Success

In free enterprise capitalism, a business that is not providing services that are valuable to society won’t last long. That’s because no one will buy what they are selling. But one that’s providing a product that fills a true need in a way that reaches people on their level?

That’s a business that will stand the test of time.

Businesses that operate from a conscious capitalist perspective also bring value to the world by creating jobs. Without capitalism, there would be very few jobs…

… and there would be a lot more poverty.

When companies treat their employees fairly, they create loyal workers who are able to provide for their families. This, in turn, feeds the economy by allowing these employees more purchasing power. When people are employed, they are able to support other businesses… which support other employees…

This is how entire economies are built and bolstered.

The important thing about conscious capitalism is that it not only brings value to the world by providing safe and fair employment, environmentally friendly industry and ethically sound practices…

… but it also makes for a highly successful, lasting and profitable company.

Ethical business practices lay a foundation for trust, reliability, loyalty and growth. This is not a trend or a feel-good flash in the pan. Businesses that are based on bringing value to the world and serving their customers, employees and stakeholders do better and last longer than those that exist simply to make a lot of money for those at the top.

In addition, these businesses improve the world — and profit in the process.