As part of the filming of Money Revealed I had the amazing chance to interview Robert Kiyosaki.

His words of wisdom flipped a couple of switches in my brain. Now I have a whole new outlook on the way I save, invest and grow my wealth.

During our interview, Robert told me about his “rich dad” and his “poor dad.” One of them is an entrepreneur that is swimming in cash (just like Robert). The other is in academia and isn’t as fortunate, just like the nickname suggests.

Today, Robert joins us to teach us how to be a little more like his “rich dad” and how to discover fiscal freedom…

I know you’ll find this valuable!

I recently ran across the term “401(k) millionaire” and had a little chuckle. For many decades, the million-dollar mark has been the proverbial measure of success. Yet for most people, the idea of becoming a millionaire seems like a pipe dream.

“If I could only make a million dollars, I could retire securely.”

“When I grow up, I want to be a millionaire!”

Culturally, we are obsessed with the idea of a million dollars. And for those who want to be millionaires, there’s good news… and there’s bad news.

Basically, it comes down to this: If from the age of 20 you live as cheaply as possible in one of the 10 cheapest cities in America, are more disciplined than 99% of the people in your age group and don’t have any extra financial expenses like health issues or your car breaking down… you may get the point — after 40-plus years of toiling — where you’ll have finally saved enough to be a millionaire.

At the end of the day, the idea of saving enough money on the average salary is a myth and a dangerous one, both because it is unrealistic and because your returns diminish over time.

In all of the above scenarios, there is one common theme — live below your means. In some cases, substantially so.

The Riskiest Move: Operating From the Left Side of the CASHFLOW® Quadrant

“Never before have American companies tried so hard to employ so few people.”

So goes the opening shot for an article published recently in The Wall Street Journal called “The End of Employees.”

The article details how many of the major companies in America are doing their best to outsource their jobs to contractors rather than employees. The percentage of the American workforce that is not directly tied to a company has risen by almost 100% by some estimates, and it shows no sign of stopping:

Few companies, workplace consultants or economists expect the outsourcing trend to reverse. Moving noncore jobs out of a company allows it to devote more time and energy to the things it does best. When an outside firm is in charge of labor, it assumes the day-to-day grind of scheduling, hiring and firing. Workers are quickly replaced if needed, and the company worries only about the final product.

When I was a kid, my poor dad, my natural father, wanted nothing more for me than to go to a good school, get my degree and get a good, safe, secure job. This is not unlike how most people were raised — and how most people have lived their life.

My rich dad, my best friend’s father, taught me how to think like an entrepreneur. He didn’t want me to grow up to be an employee. He wanted me to grow up and be a business owner and investor.

For my poor dad, a job was the ultimate sign of security. For my rich dad, being an employee was risky.

My rich dad was well ahead of his time. To be an employee is an illusion of security. You have a steady paycheck, but you are not in control. You are at the mercy of the business owner and the economy. If either decides you are not needed, you lose your job — and if you’re really unlucky, lots of other things, like your house, your car and more. And today, it is riskier than ever to be an employee.

Threats From All Sides

Whether it is from robots and automation, many jobs are being outsourced to technology. And if jobs are not taken by technology, they are now taken by contractors. Just look at how companies like Lyft and Uber are disrupting the taxi industry… how Airbnb is disrupting the hotel industry.

Many view the rise of contractors… the so-called gig economy… as a good thing, but it is not. The argument goes that we are finally creating entrepreneurial opportunities for the masses. Entrepreneurship has been democratized, so they say.

The reality is that most people participating in the gig economy are not entrepreneurs.

Rather, they simply own a job. They still operate on the left side of the CASHFLOW® Quadrant, just as a self-employed person rather than an employee.

This owning of a job is a great advantage for companies that no longer have to pay payroll taxes, provide health insurance or fund retirement plans. They get all the labor and none of the trappings. And it’s all packaged in the allure of freedom.

Unfortunately, gig workers are not free. They work long and hard hours to make less and have fewer benefits than employees did historically. If they cannot put in the hours, they do not make the money. That is not how an entrepreneur operates. An entrepreneur makes money even when he or she is not working.

Of course, anyone looking for a good job or doing all they can to hustle in the gig economy is really looking for one thing… financial security. Unfortunately, they will not find it in either a gig or a regular job.

Why Job Security Does Not Equal Financial Security

My natural father was highly educated. He was also fixated on job security. The most important thing to him was having a good job. It was a value most of his generation shared, and one that he instilled into his kids from a young age. He assumed that job security meant financial security — that is until he lost his job and couldn’t find another.

On the other hand, my rich dad never talked about job security. Instead, he always talked about fiscal freedom. He showed me the patterns for different kinds of security and freedom found in the CASHFLOW® Quadrant.

The pattern for job security: 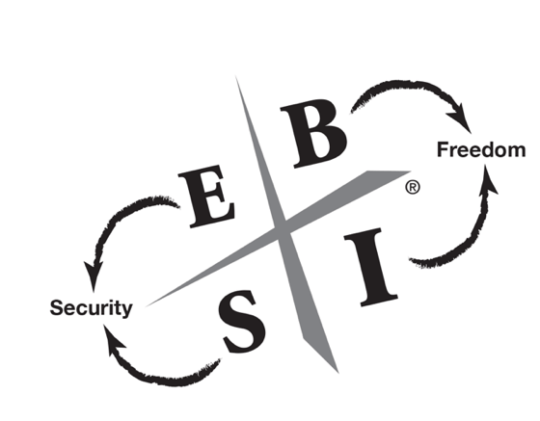 People who follow this pattern are good at their jobs. They are highly educated and have a lot of experience. The problem is they know little to nothing about the B and I quadrants. They feel financially insecure because they have only trained for a job and rely on others for their living.

Often, people in this pattern will put money into a retirement account. But even then, they still feel insecure because they don’t actually know what is happening with their money. They hope the manager of the account will do a good job. But for the most part, it’s money that just disappears from their paycheck each month. And when they get their retirement statement each quarter, they don’t know how to read it.

In order for those in the pattern of job security to feel financially secure, they must increase their financial education and learn how to invest.

Today, you can choose which financial path you want to take. Will it be job security? Financial security? Or fiscal freedom?

Unfortunately, most people choose job security, especially in tough economic times. I’m of the opinion that’s actually the least secure of all the positions because you rely entirely on someone else for your livelihood. And in times of economic trouble and technological disruption, jobs come and go.

As The Wall Street Journal points out, companies are doing their best to eliminate job security in the future.

But if you have it in you, the best path, and one of the hardest, is choosing monetary freedom. It takes a high level of financial education to succeed in the B and I quadrants. It also takes a lot of passion, commitment and vision.

But the payoff is worth it.